What are Ana’s Spiritual Gifts and Abilities?

Posted on February 9, 2018 by unholypursuit

Thanks for asking the question. This is the first thing I researched when I begin the series. What are the abilities of saints.  I learned there are as many different types of saints as there are people.  I couldn’t write about them all so I chose one I thought would make a good story and decided to show the human side of one.

Ana’s abilities are spiritual gifts not super hero powers like Batman, Superman, Spiderman and nor are they magic or magical. By Ana is a warrior saint her abilities doesn’t work always at her will. Yes, she is telepathic. She learned that at an early age. She has the ability to see and communicate with the spirit world.

From what I read saints may not be as super heroes’ with their powers but what they have is far more destructive if she was allowed to use them at her will. A warrior saint posses a sword given to them by their Commander, The Archangel Michael. It has the ability to destroy worlds, realms and dimensions. That’s their abilities are kept in check.

As I said, her abilities aren’t magic. She can’t wave her hand and things happens. They don’t work like the powers of those such as Batman, Superman and many other superheroes etc., such as:

Angels monitors these abilities at all times and do not allow saints to use them at will even if they possess them. This is one the things which Azazel is always arguing with the angels about. Inhibiting her abilities. They do not work at a person’s will. If they did, no saints would ever be martyred. If they could use them at will they would blow everyone and everything peeving them off to kingdom come and then there would be lots of peace in the valley. LOL!

They can’t do things that interfere with anyone’s free will like mind control, manipulations, creating illusions, memory erase. Some can read the mind and intentions.

Most people are familiar with magic not many know what spiritual gifts are. Saints aren’t allowed to do many of the things like mind control, mental barrier destruction, memory erasure, and etc.

Ana’s abilities are spiritual gifts according the biblical definition. She’s a saint, a warrior saint according to the prophecy of Enoch and retold in the Books of Joel and Jude.

There are many more spiritual gifts than listed in the New Testament. Many are listed in the Old Testament. Yes, even Timewalking is listed in the Book of Enoch, although that isn’t what it’s called. There are two types and Ana can do them both: One type is where a person can step through realms and dimension body and soul and the other is where only the soul travels.

The gift of condemnation (This is a very ancient gift very rarely mention because most do not like to talk about it.  It’s a gift mentioned of those who served in the Order of Melchizedek) Okay, it’s where God has given the person authority to bless or condemn. It rarely talked about but all saints has it.

Now, do you understand ‘why’ the darkside want her so badly?

The abilities mature as she learns more about herself. Telepathy is one of them. It increase as she learns to become a greater warrior. Many of the others will manifest in later books. 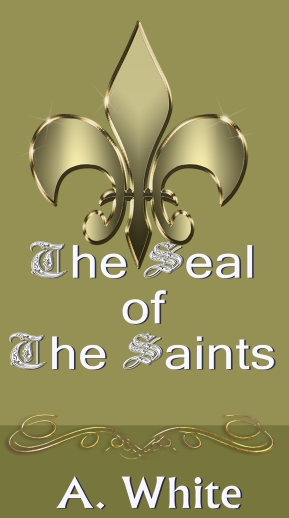 This book which is a long way coming in the series tells you more about Ana as a Warrior Saint.  This is Ana preparing for a major battle.

A. White, an award winning former librarian, who is also a long time member of Romantic Time and Publisher's Weekly. A. White has been writing for over fifteen years. She took classes in creative writing in college, specializing in ancient myths and legends. and later at a local community center while living in Chicago. In college she won the national contest to verbally list every country in the world, it's capital and ingenious language. Her works are mainly horror, fantasy, extreme, and sci-fi as well as, as some may says, "the truly strange predicament and puzzling." Books that I've written are "Clash with the Immortals, and eleven others which are part of the "Unholy Pursuit saga,". She has been working on the Chronicles since 2007. She wished to complete them all before introducing them to public so the readers wouldn't have to for the continuation to be written. The ideas of the book come from classic literature such as whose work greatly influence the world world such as Homer, Sophocles, Herodotus, Euripides, Socrates, Hippocrates, Aristophanes, Plato, Aristotle and many more. The "Book of Enoch" influenced the usage of Azazael as a main character and love interest. I created the primary main character from the Chronicle of Saints. I wanted to show them as real flesh and blood with thoughts, desires and yearning as any human. Not as they are so often depicted. So I created one of my own to show her as a real human that everyone can relate to.
View all posts by unholypursuit →
This entry was posted in angels, Azazel, books, paranormal romance,, saints, society, warrior, warrior saints and tagged discernment, Prayer, prophecy, spiritual gifts. Bookmark the permalink.

3 Responses to What are Ana’s Spiritual Gifts and Abilities?