How kids actual talk, not how we adults perceive they talk.

Posted on March 9, 2018 by unholypursuit

I’m not writing this for anyone to allow profanity within their household. I’m writing it as an eyeopener as to what kids talks about when parents and guardians aren’t around. Profanity is usually a cover up for what’s  really bothering them. So please dig deeper. The suicide rate of young people is too high not to try and peep into their world and see what’s going on.

As one who used to work with lots of children I can testify to the fact their every day vocabulary, is far more colorful and crass than their parents or guardians know.

Often times it’s said to blend in with their peers. Like the boys in the video said to appear tough. But their concerns are real. They’re just trying to learn their way in a world that’s new and often confusing to them.

I am disputing the age limit when Google has listed for the average first sexual encounter. I don’t know who they has been talking to but the age is actually about 14-15 and some places as early 12 and 13. Of course, kids are going to lie if directly asked. Who wouldn’t?

I know “South Park” is an adult swim show but any teacher will tell you they have heard kids say the same thing those little ornery eight year olds say on “South Park.” You can’t drag them to the bathroom and wash their mouths out with soap. All you can do as a teacher is tell their parents. And 99.9% of the time the parent always says, “My child didn’t say that!”

Oh! Yes they did!

All I’m saying is we no longer live in the 1990’s or even early 2000’s. This century is almost twenty years old. Yes, a baby born 2000 will be legally an adult this year. Times are changing and becoming more and more complicated for pre-teens, teenagers and young adults to maneuver through the murky existence called life and we, the adults can’t help them if we don’t live in reality ourselves.

Something is seriously wrong in a society if a person’s whose life has not begin yet feels the need to end it. Why are we having so many school shooting? Schools were once a safe place.

I’m not condemning parenting. I know it’s tough. It’s the toughest job you will ever have. The Marines’ basic training have nothing on parenthood and some days make you wonder if those who landed at Iwo Jima has anything on parenthood too. Maybe that’s a little drastic but you get the picture. But the terrible two’s and the teen years can leave any parent feeling like the Allies in the Pacific in 1945 and when a task is completed you are like the Marines raising a U.S. flag atop Mount Suribachi.

But like a Marine we can’t give up the fight for them. So if parents must turn into devil dogs to learn what’s  going on with them and to save them. So be it. 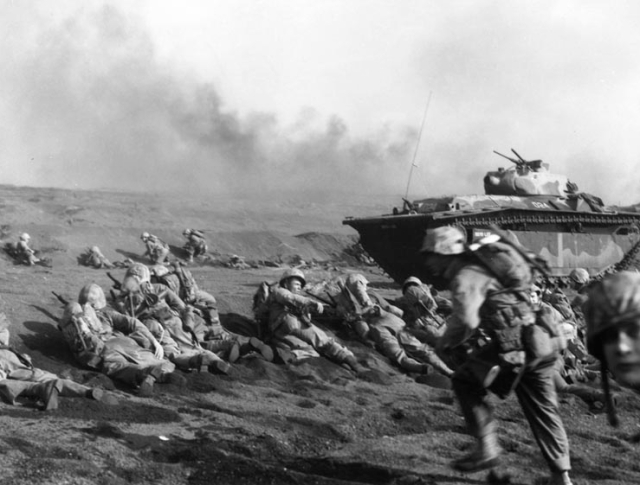 A. White, an award winning former librarian who is also long time member of Romantic Time and Publisher's Weekly. A. White has been writing for over fifteen years. She took classes in creative writing in college, specializing in ancient myths and legends. and at a local community center while living in Chicago. In college she won the national contest to verbally list every country in the world, it's capital and ingenious language. Her works are mainly horror, fantasy, extreme, and sci-fi as well as, as some may says, "the truly strange predicament and puzzling." Books that I've written are "Clash with the Immortals, and eleven others which are part of the "Unholy Pursuit saga,". She has been working on the Chronicles since 2007. She wished to complete them all before introducing them to public so the readers wouldn't have to for the continuation to be written. The ideas of the book come from classic literature such as whose work greatly influence the world world such as Homer, Sophocles, Herodotus, Euripides, Socrates, Hippocrates, Aristophanes, Plato, Aristotle and many more. The "Book of Enoch" influenced the usage of Azazael as a main character and love interest. I created the primary main character from the Chronicle of Saints. I wanted to show them as real flesh and blood with thoughts, desires and yearning as any human. Not as they are so often depicted. So I created one of my own to show her as a real human that everyone can relate to.
View all posts by unholypursuit →
This entry was posted in advice, life, society, wisdom and tagged children, fictional, grown-ups, life, progress, reality. Bookmark the permalink.

16 Responses to How kids actual talk, not how we adults perceive they talk.