I was asked did I investigate paranormal activities to write these series? If you mean ‘investigate’ along the line of such things as going to old spooky houses to talk to ghost? No, I didn’t. I feel real life is scary enough. But yes, I did investigate accounts of the paranormal activities. I also recounted many stories the elders told. Whether their experience was real or imaginary? I don’t know. I didn’t ask. I learned early on if you asked them too many questions they clammed up and you never learnt the rest of their story.

Although, I do believe in the world of science. But I also believe science has its’ limits. That science can not explain everything. Maybe one day science will be able to explain the great unknown but according to science: Matter can not be created nor destroyed. It can only change shape or form. So, if it can not be created means it is infinite. And even the infinite comes from somewhere. If life is an energy force meaning life is a form of matter that lives on or exist beyond death in some shape form or fashion. Because the energy force doesn’t cease even according to scientific definition. So, doesn’t it take on another form of existence? Religions says it does. Science has never out right said it does but admitted it isn’t destroyed for ‘it’ is matter. This theory is as old as humanity. I think there’s something to the existence of ghosts or people wouldn’t have kept talking about them for eons upon eons of years. Every culture, no matter where you go has their belief about ghost, demons and other spiritual entities. What did they encounter to make them say these things? I do not know. I have compared enough evident to events to learn there’s some truth to all legends. Was this their way of explaining the unknown? Maybe.

Science, philosophy, medicine or anything can become one’s religion. Religion can be anything one excessively admire and worship. It doesn’t have to be an otherworldly deity which is the most common definition. It can be knowledge, a celebrity, an object, an idea, a theory, science, or even a loved one. Anything can become your god. Therefore, the deep admiration and unshakeable faith and belief in; of an idea, a theory, a person or an object can become one’s religion.

People too often loosely use the term ‘religious belief’ without fully understanding the meaning of the words. Everyone has some form of religious belief whether the service is conducted in a lab, online, or in a church or temple. It’s still one’s religion. 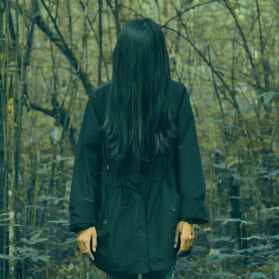 A. White, an award winning former librarian, who is also a long time member of Romantic Time and Publisher's Weekly. A. White has been writing for over fifteen years. She took classes in creative writing in college, specializing in ancient myths and legends. and later at a local community center while living in Chicago. In college she won the national contest to verbally list every country in the world, it's capital and ingenious language. Her works are mainly horror, fantasy, extreme, and sci-fi as well as, as some may says, "the truly strange predicament and puzzling." Books that I've written are "Clash with the Immortals, and eleven others which are part of the "Unholy Pursuit saga,". She has been working on the Chronicles since 2007. She wished to complete them all before introducing them to public so the readers wouldn't have to for the continuation to be written. The ideas of the book come from classic literature such as whose work greatly influence the world world such as Homer, Sophocles, Herodotus, Euripides, Socrates, Hippocrates, Aristophanes, Plato, Aristotle and many more. The "Book of Enoch" influenced the usage of Azazael as a main character and love interest. I created the primary main character from the Chronicle of Saints. I wanted to show them as real flesh and blood with thoughts, desires and yearning as any human. Not as they are so often depicted. So I created one of my own to show her as a real human that everyone can relate to.
View all posts by unholypursuit →
This entry was posted in advice, book lovers, books, Fans, ghost, interview, life, love, mythology, Other worlds, Personal thoughts, writers, writings and tagged belief, faith, ghost, ghost tales, haunted, horror, houses, Paranormal, phantom, religion, science, shadows. Bookmark the permalink.