Are writers and authors being held political hostages?!

Posted on September 13, 2021 by unholypursuit

[This conversation took place about three years about but it is still in the air for some writers.]

I know it’s advised by every publisher to their authors:  Not to discuss certain topics as a writer and to remain neutral on all subjects but when the stormy climate approach you and your writings you must face it and ask yourself some hard questions?

“Are writers and authors being held political hostages !?!“

This evening I was at a local meeting for free lance writers and published authors and someone voiced a concern I think many authors have had on their minds recently due to the volatile climate of today. One man asked was anyone else experiencing a problem of feeling damned if do say something and damned if don’t and no matter what you say or write there’s going to someone with an utmost problem with what you said or wrote.

I noticed so many in the room nodded. I nodded too because I have encountered that. The very fact that we were talking about this subject bored an air of a forbidden topic. We were supposed to be talking about writing skills, marketing, and nothing more.

Another man brushed it all off saying, “There’s always going to be someone who don’t like your work. That goes with the territory.”

Others debated him saying they’ve been writing for years. The man is right. This is something different. More than someone simply not liking your book or article. This is something new. This is a an attack on the art itself. You’re censored to death. The only way to avoid this is to write infantile stuff so beneath you.

One woman cried, ” It plain and simple. Authors are being held political hostages!”

I never thought about that. But come to think of it. We are. You can’t write deep profound issues anymore without offending someone. You can’t speak on important subjects without someone feeling you are directing the issue toward them. In writing, I noticed in everything you write you must be a “Yes” person. You can’t do much of anything as far as expressing your creativity goes without someone taking it the wrong way.

I could relate to their questions for my series were started and written before the era of hypersensitive. Before the era of everyone becoming so close minded as to what they will even remotely attempt to try and learn something about. Trying anything new. It was written in a much more experimental age.

Another man input, “History has seen what’s called the “Era of Hypersensitive” before. We know it by the name of “Third Reich“, according to him, this is what was done to writers and authors in the 1920’s in Germany.  I came home and look it up and sure enough. He was right. Everything went into an extreme  mode of hypersensitive shortly  before books, authors, literature were completely banned. Hitler used the burning of books, and murders of writers to so-called answer the outcry of the people in so-called returning to a cleaner, more wholesome form of writing.  What’s wholesome about writing pretty stuff when there are human beings being killed while you look the other way? Looking in the public archives, Germany made them free to the world. So people won’t repeat what they did. I was horrified, no, actual petrified to see the same reasons given back then I often read on line today. The only differences were the language, nationality, and era in time.

I will admit, I didn’t know about authors were being ordered to write a bunch of fairy fluff tales and children books to be distributed to the children before the era  of book burning and most of these books were destroyed when they were considered no longer of use and so were the writers. Some writers were killed because they were accused of inserting hidden messages in the stories. Newsflash! All stories have a message or they wouldn’t be a story!

One of the women whom we all have seen her books in local offices. We all knew her  father was a teenager who survived Auschwitz. She said her father had said many times Hitler used the so-called “delicate nature” of those who didn’t want to read or hear anything unpleasant to promote the persecution of writers and authors. It didn’t start in the 1930’s. It was well in place by then. It started in the late 1800’s, died  down and then picked up steam again in the 1890’s onto the early 1920’s.

Authors and writers were writing about the plights of those being picked up, tortured and killed by the Gestapo but the stories were considered too horrible for families to read about. No one wanted to read about them because they didn’t have happy endings. (Of course these stories did not have happy endings, it was the Gestapo they were writing about, you know.)  People didn’t pay attention. All they wanted to read about were the pleasantries.  They were so absorbed in their own little world until the it was too late to stop the Third Reich when it rose up like the evil it truly was. Writers and authors were telling the people all along it was evil but no one wanted to hear it.  She said her father often lament he never thought he would live long enough see the same methods employed again.

They eventually did the same with all forms of arts after they silenced all the pens.

I will admit, I’d never heard about the depressive emotions part. And Doctor Death, Josef Mengele and his team of doctors promoting depression and other mental disorders as a reason why the Jewish people should be annihilated. Saying you are depressed because of them. No, you may be depressed because of your life, past experiences, or chemical imbalance. Having nothing to do with any particular group of people. I knew about Mengele’s mind games. He played mental torture in making people, especially children believe they were not going to be killed. He worked to earn their trust before killing them. Yes, he was a really, very sick and evil bastard. But I didn’t know about his promotions of national depression and blaming writers, authors, and Jews as the reason people were depressed. Saying that if writers stop writing depressing things people wouldn’t be depressed.

I had read about how writers were smuggling work out of Germany letting the world know what was really going on. Saying nothing was as it seemed. From the outside things looked perfect normal while inside, it was really a house of horrors.

So, are we entering this horrifying with the era of hypersensitive, depressive emotions that’s so pushed as being chic in today’s agenda? Something that nearly destroyed Germany in the early to mid-20th century? It’s so prominent today that it’s scary?  I hope things never go that, far but I can’t help but wonder? I hope it’s only a fad that soon blows over. Therefore doctors can devote their time and energy to those who truly have mental issues. 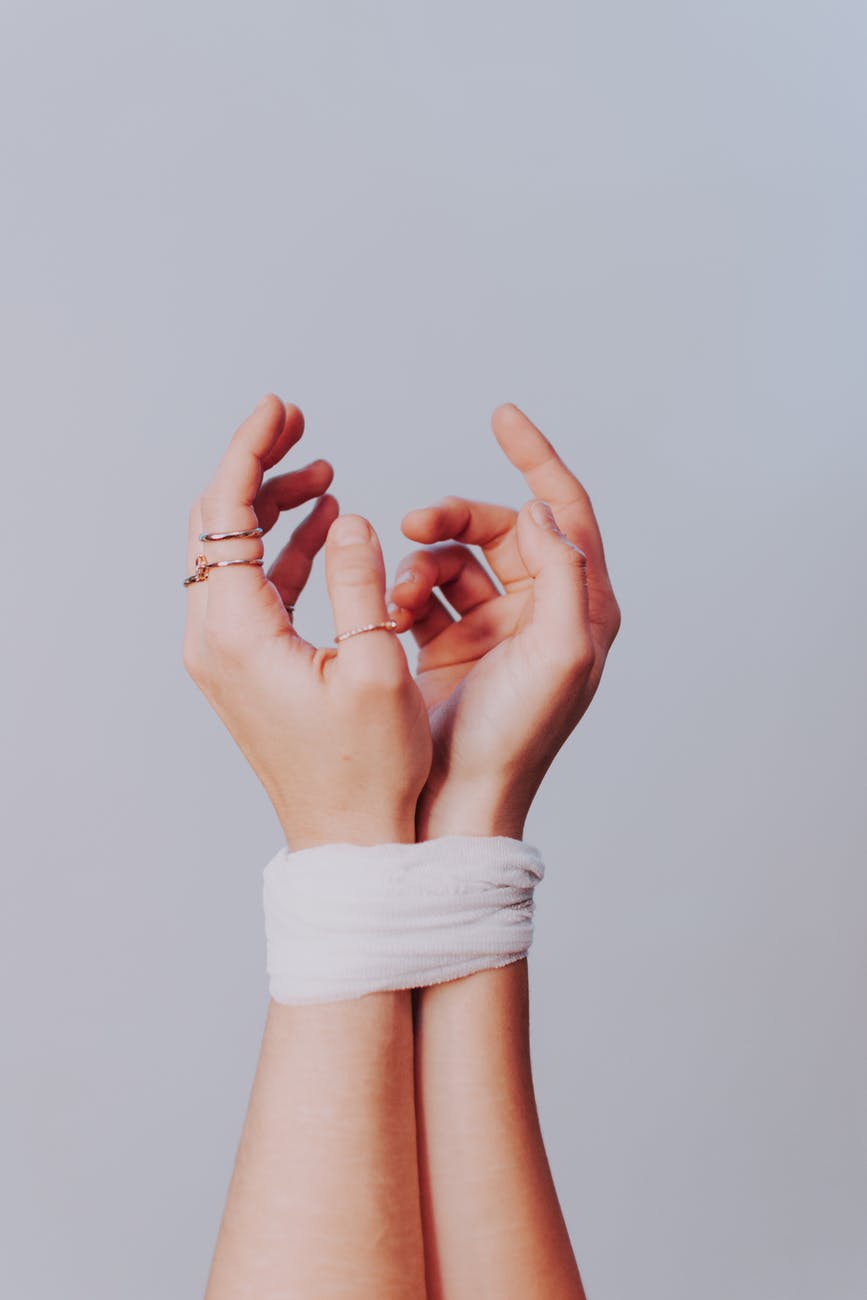 A. White, an award winning former librarian, who is also a long time member of Romantic Time and Publisher's Weekly. A. White has been writing for over fifteen years. She took classes in creative writing in college, specializing in ancient myths and legends. and later at a local community center while living in Chicago. In college she won the national contest to verbally list every country in the world, it's capital and ingenious language. Her works are mainly horror, fantasy, extreme, and sci-fi as well as, as some may says, "the truly strange predicament and puzzling." Books that I've written are "Clash with the Immortals, and eleven others which are part of the "Unholy Pursuit saga,". She has been working on the Chronicles since 2007. She wished to complete them all before introducing them to public so the readers wouldn't have to for the continuation to be written. The ideas of the book come from classic literature such as whose work greatly influence the world world such as Homer, Sophocles, Herodotus, Euripides, Socrates, Hippocrates, Aristophanes, Plato, Aristotle and many more. The "Book of Enoch" influenced the usage of Azazael as a main character and love interest. I created the primary main character from the Chronicle of Saints. I wanted to show them as real flesh and blood with thoughts, desires and yearning as any human. Not as they are so often depicted. So I created one of my own to show her as a real human that everyone can relate to.
View all posts by unholypursuit →
This entry was posted in advice, ANNOUNCEMENTTS, Artists, author, book lovers, books, diversity, family, home, horror, Legal, life, madness, novel, Personal thoughts, readers, Violence, war, writers, writings and tagged book burning, freedom of press, liberty. Bookmark the permalink.

8 Responses to Are writers and authors being held political hostages?!